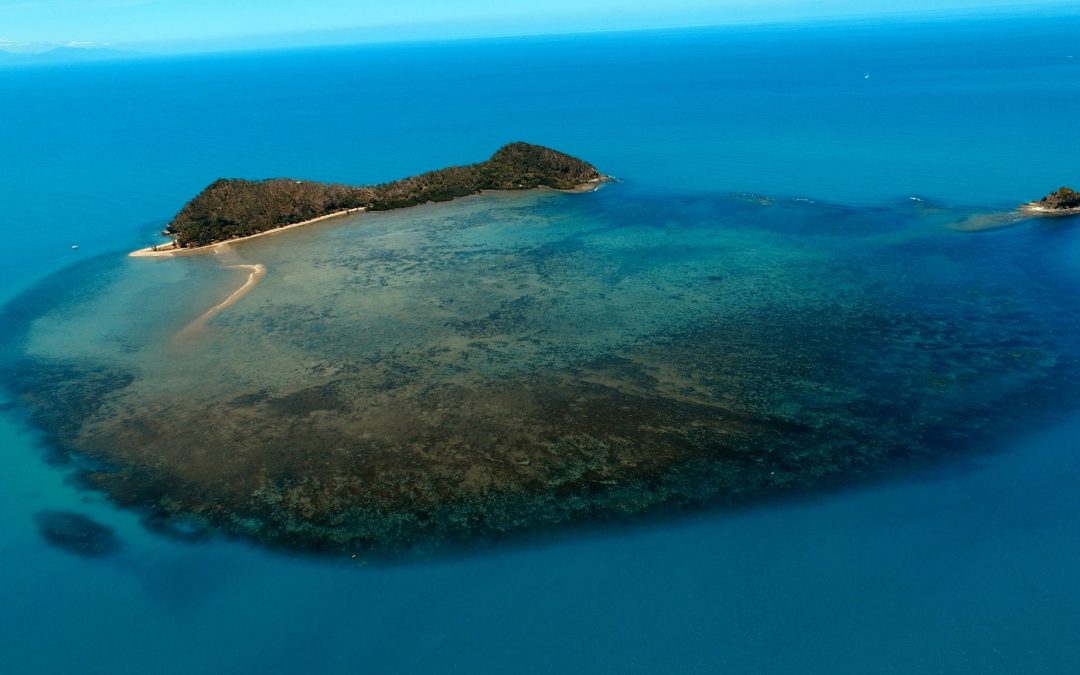 Here at Pacific Watersports, we offer 2 awesome adventure tours out to Double Island.  We have our Kayak Turtle Tour and our Island Hopping Tour.  Within both of these tours we go turtle spotting, spending time looking for these awesome sea creatures around Double Island Reef and Haycock Reef which run along the south side of Double Island.
There are two main species of turtle that can be found at Double Island, the Green Turtle and the Hawksbill Turtle.  In this blog article, we will share with you a little more information about these turtles, so you are full of cool facts before you come on a Kayak Turtle Tour or Island Hopping Tour with us!

Green Turtles are only 5cm long when they are born (how cute?!) but can grow to a whopping 1.5m in length.  Fully grown, they weigh between 65-130kgs, meaning they are the largest hard shell sea turtles in the ocean.
Although they are called Green Turtles, their shells come in many different colours – including green, olive, brown and even black.  Why are they called green turtles then? They are called ‘Green Turtles’ as they have a thin layer of green fat which lies underneath their shells.  It is thought to be green because of their vegetarian diet of sea grasses and seaweeds.  The green turtles feast of the sea grasses and sea weeds around Double Island, so we often see them as we are cruising over Double Island Reef.
Green Turtles can spend up to 5 hours at a time resting underneath the water.  When they are more active (travelling or feeding) they will come up for air every few minutes, which is when we usually spot them as we paddle over the reef in our kayaks to Double Island.  We usually see them popping their little heads up to take a breath, or cruising underneath the kayaks in the shallower waters of the reef.  Double Island Reef and Haycock Reef are the perfect environment for these turtles.  There is plenty of food here, and areas for them to seek shelter to rest.
Green turtles population has been greatly threatened in recent years and they are now considered an endangered species. Poaching, taking their eggs, fishing (turtles often get caught in the fishing nets), pollution and loss of beaches to nest on, have all contributed to the decline in Green turtle numbers.

Here in Cairns we have the Cairns Turtle Rehab Centre which is dedicated to the rehabilitation of sick and injured turtles.  They rely completely on donations from supporters and volunteers, so if you would like to find out more and donate to this important cause, follow the link below.
http://www.cairnsturtlerehab.org.au

Hawksbill Turtles are named after the Hawk due to their beak-like pointed mouth. They use their beak to find food in the cracks and crevasses of coral.
Considered to be one of the smaller species, adult Hawksbill turtles weigh between 45-90kg
Hawksbill Turtles can be mostly found in shallow waters of coral reefs, mangroves, tropical islands and shallow coastal areas.  They have a very particular diet, pretty much exclusively eating sea sponges from coral reefs.  They are very important for the health of the Great Barrier Reef, as without their appetite for sea sponges, coral reef can become suffocated when the sponges grow too big.
Hawksbill Turtles are now classed as being critically endangered.  Their beautiful speckled shells are used in products displaying ‘tortoise shell’ and many are killed every day.  Although it is now illegal to poach a Hawksbill turtle for its shell, many people still do it, and shells are sold on the black market.  We can help by not buying anything with tortoise shell, and spreading awareness of this problem.
It’s amazing that although they are both endangered species, they are flourishing at Double Island and we get the opportunity to spend time with these amazing creatures in their natural habitat.

The beak of the Hawksbill Turtle.