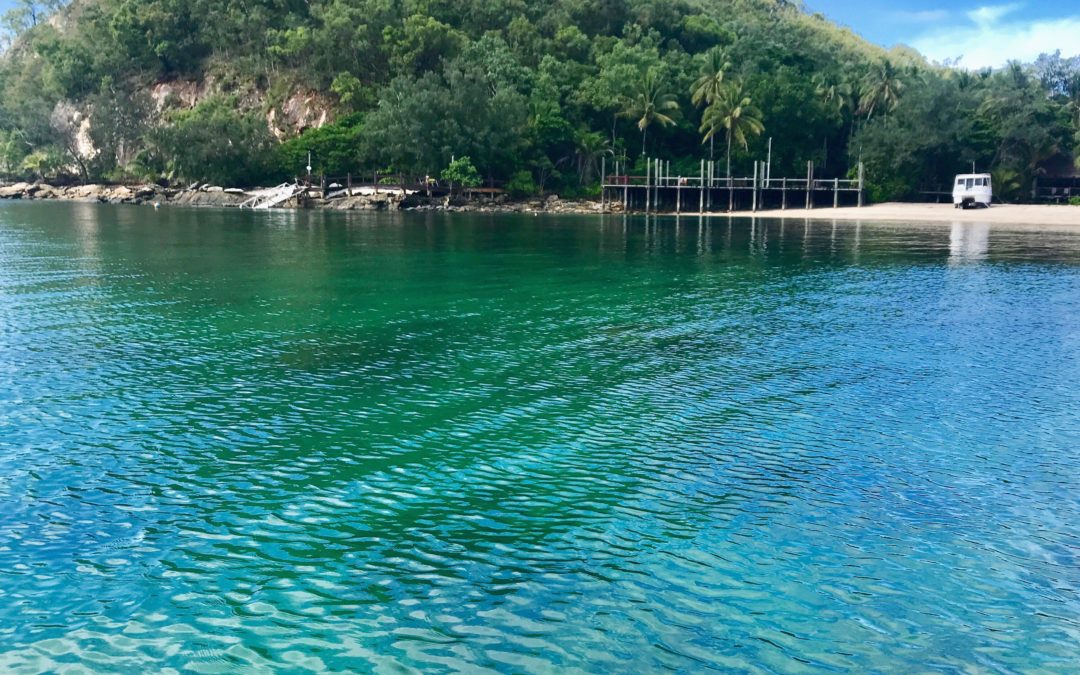 Have you been to Palm Cove yet? Or are you planning to go there soon?  Palm Cove is rated one of Far North Queensland’s top destinations.  Fringed with beautiful palm trees, golden beaches and warm tropical waters.  Palm Cove is the perfect location to jump on the  kayak turtle tour and explore neighbouring tropical reefs that extend out from close by Double Island. Here you will have close encounters with marine life such as green turtles, hawksbill turtles, rays, and lively schools of fish.  Pacific Watersports Kayak Turtle Tour is the perfect way to experience this.

When you get to Palm Cove, one of the first things you notice when you look out on the ocean is a striking two peaked island called Double Island. Double Island has a huge coral reef that extends out from it about 1 kilometre from the actual island.  To get to the reef, we head off from Palm Cove beach on the Pacific Watersports Kayak Turtle Tour and within about 20-30 minutes you are literally right on the reef.  We call this reef Double Island Reef.

Once you arrive on Double Island Reef, thats when the fun begins.  This reef is home to a large number of sea turtles and other marine life such as blue spotted lagoon rays, shovel nose rays (commonly known as the shovel nose shark), eagle rays, reef sharks and reef fish that congregate around the coral reef. One the Kayak Turtle Tour we spend a good amount of time exploring the reef and spotting marine life along the way. 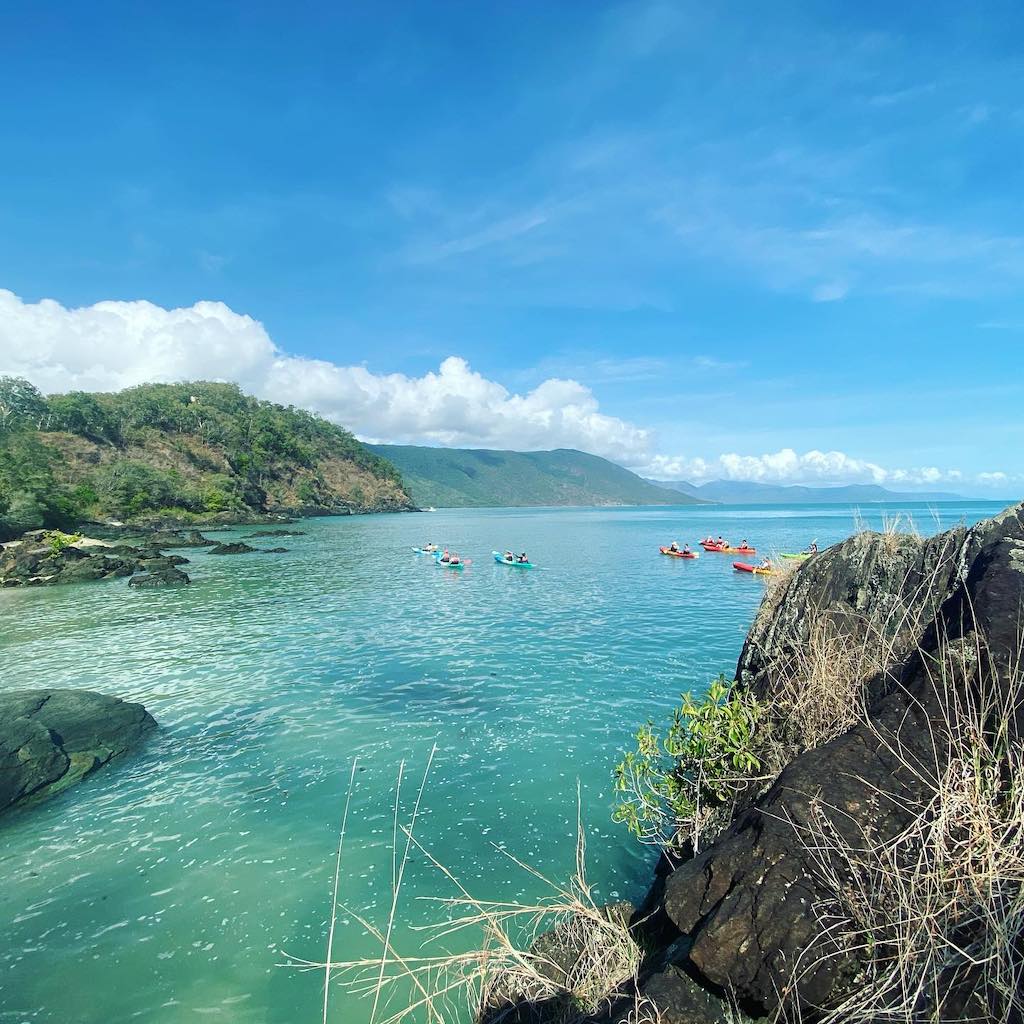 After exploring the south side of Double Island, it is well worth checking out the north side. On the Kayak Turtle Tour, we do this most of the time, unless there is a wind blowing from the north.  Usually the weather somes from the south east, so the north side offers glassy flat protected conditions. Here you will find rugged coral beaches, a lime stone cave that is accessible on a low tide and massive coral formations that can be snorkelled on the tour if the visability is good.

The resort beach is where we like to pull up and spend some time chilling out.  On the Pacific Watersports Kayak Turtle Tour, we take you for a tour around the island and show you quite a few cool surprises.

After all is said and down, exploring Double Island by kayak is a must do Cairns activity if you don’t mind some low pace exercise and want to connect with the nature in Cairns.  Truth is, most people in Cairns have never actually been to Double Island.  When they get there, they are usually blown away.  I’m sure you will be too.  Check us out and come on our tour.  You will love it!